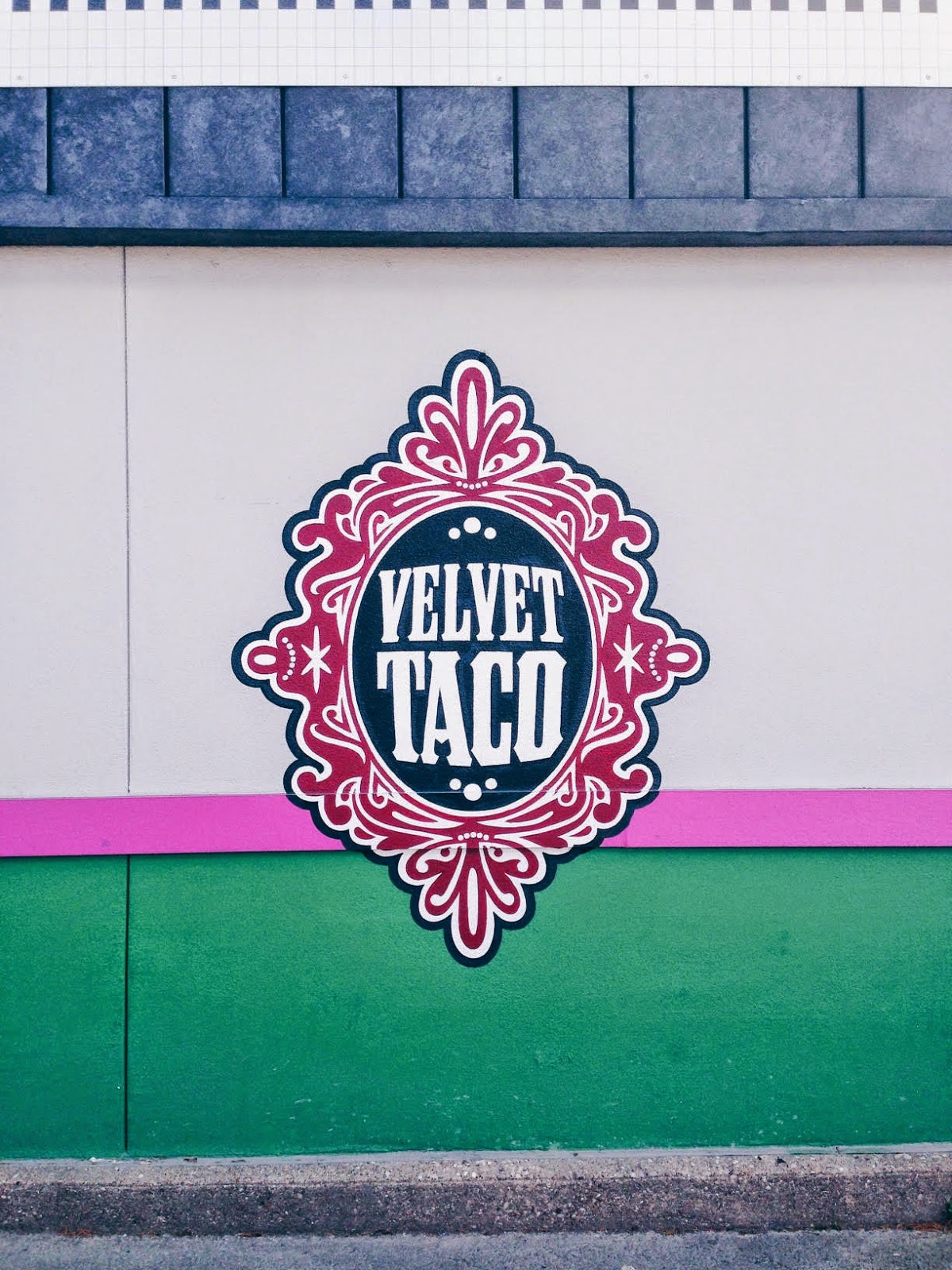 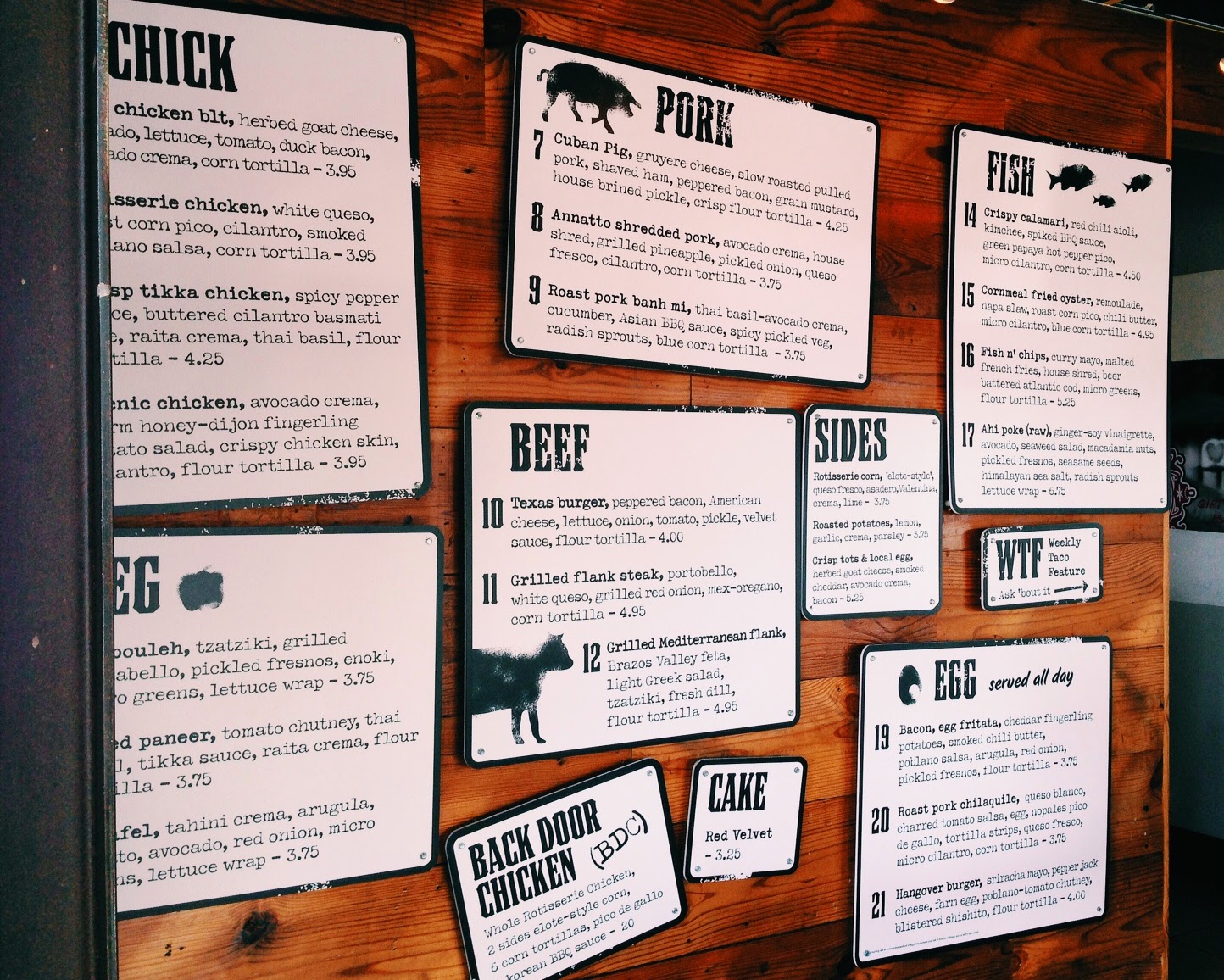 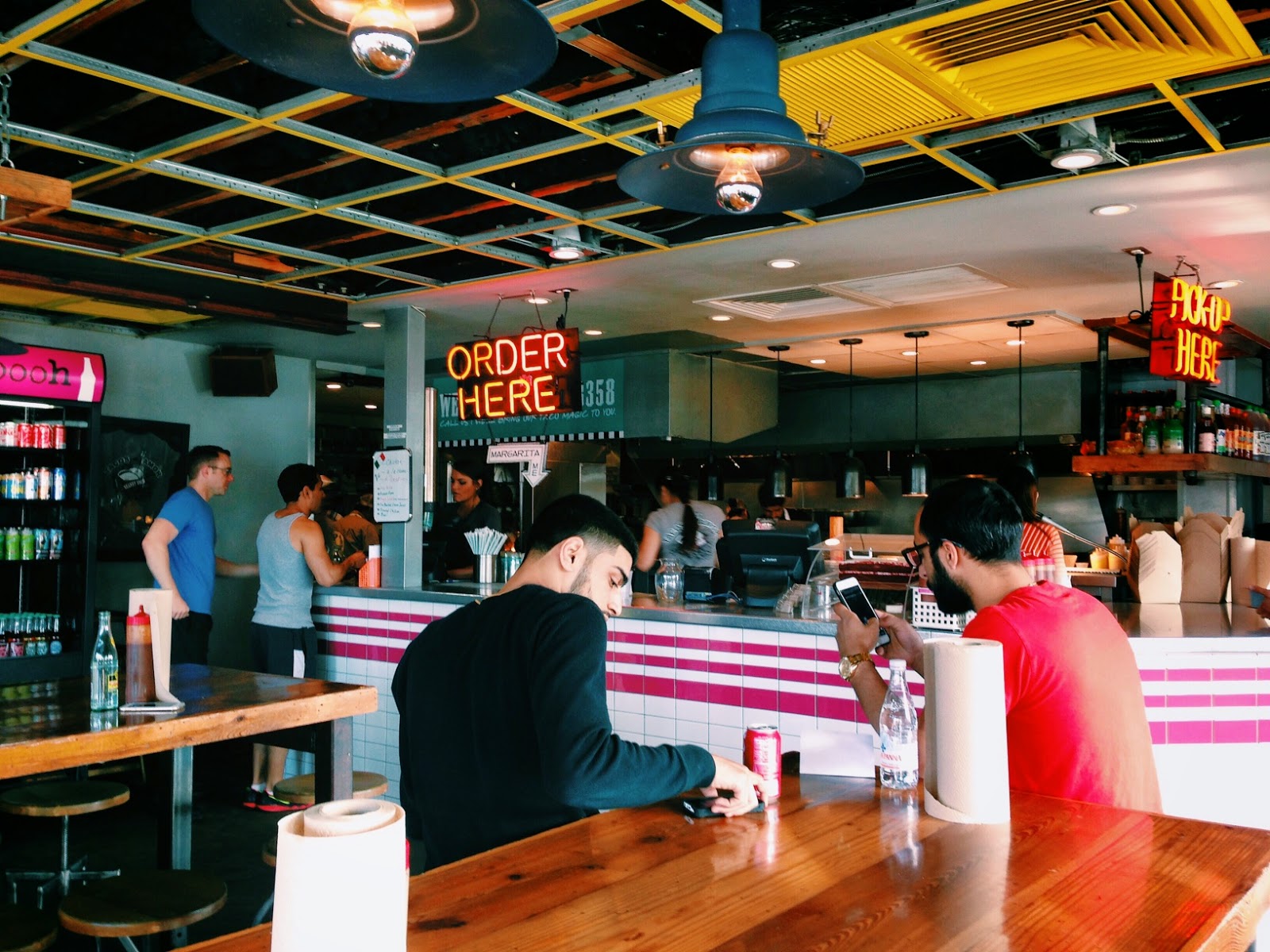 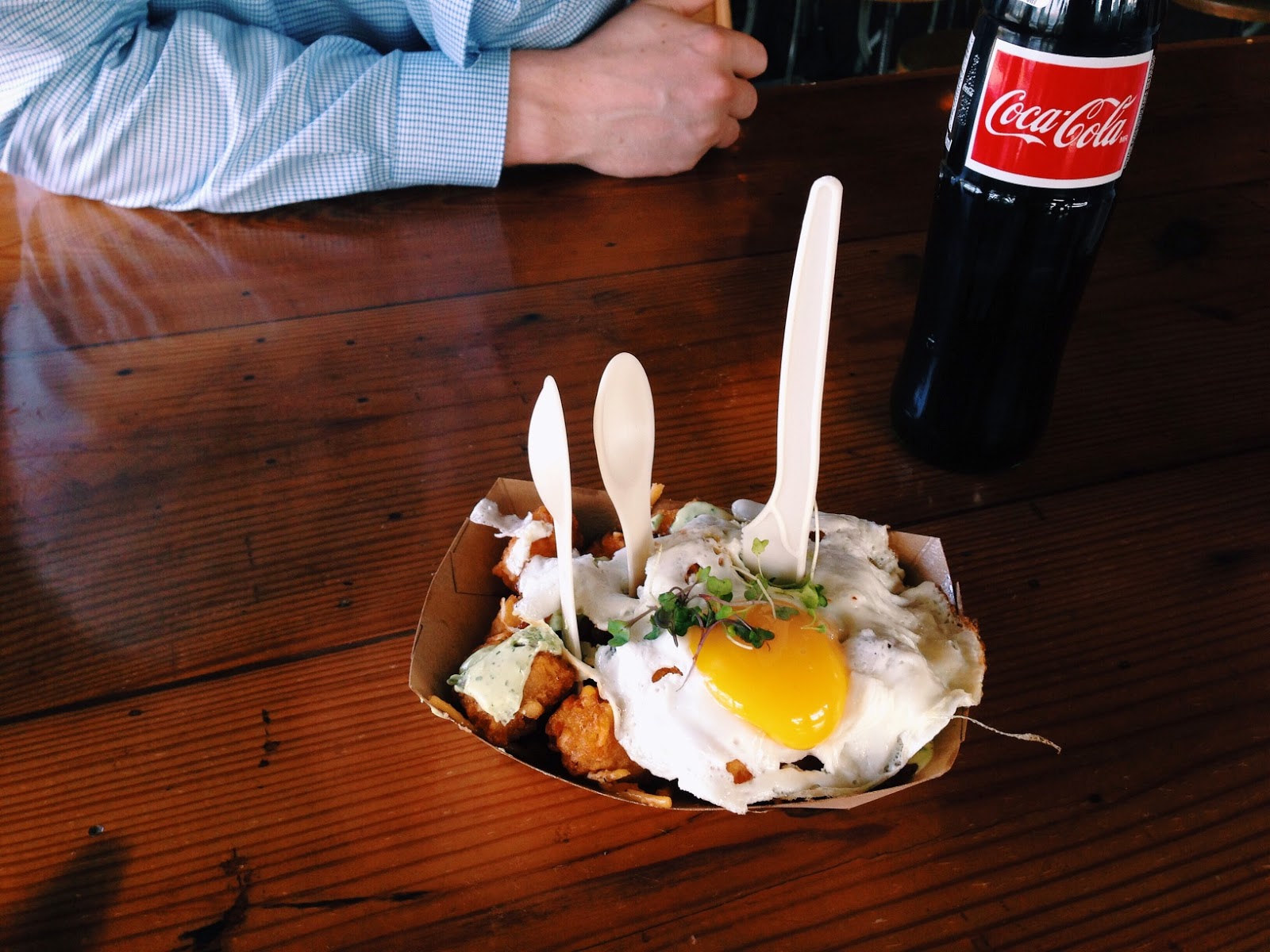 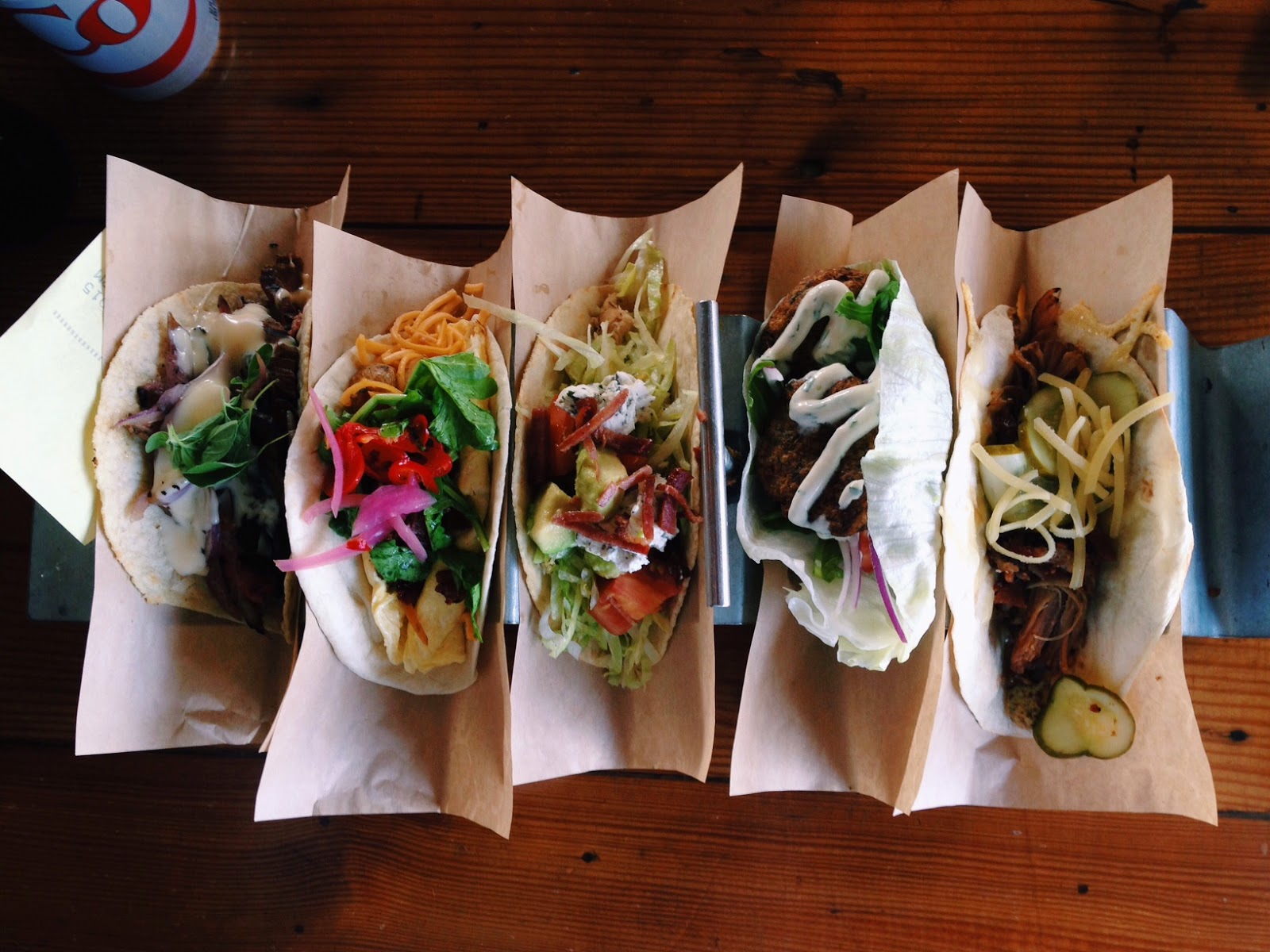 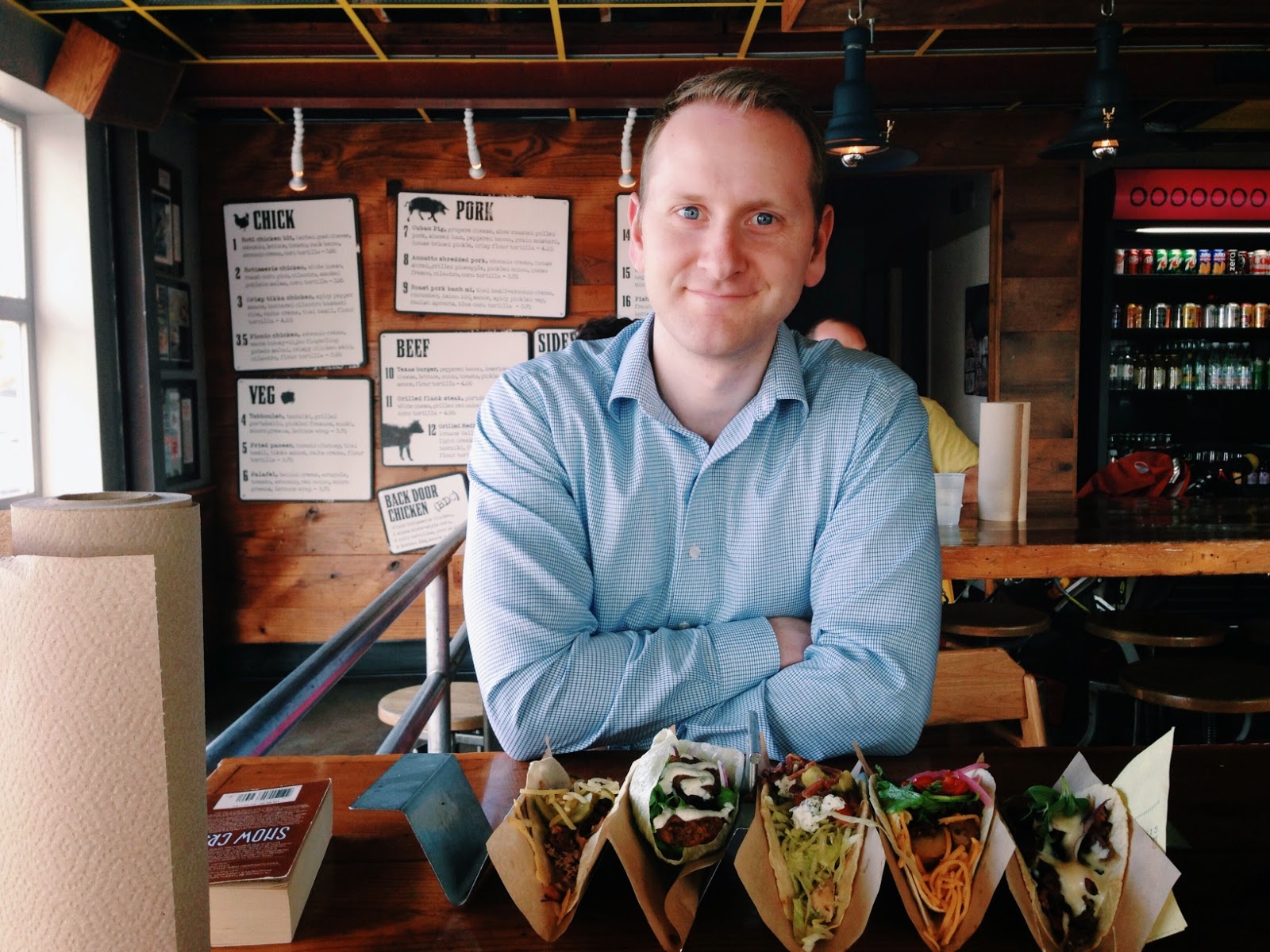 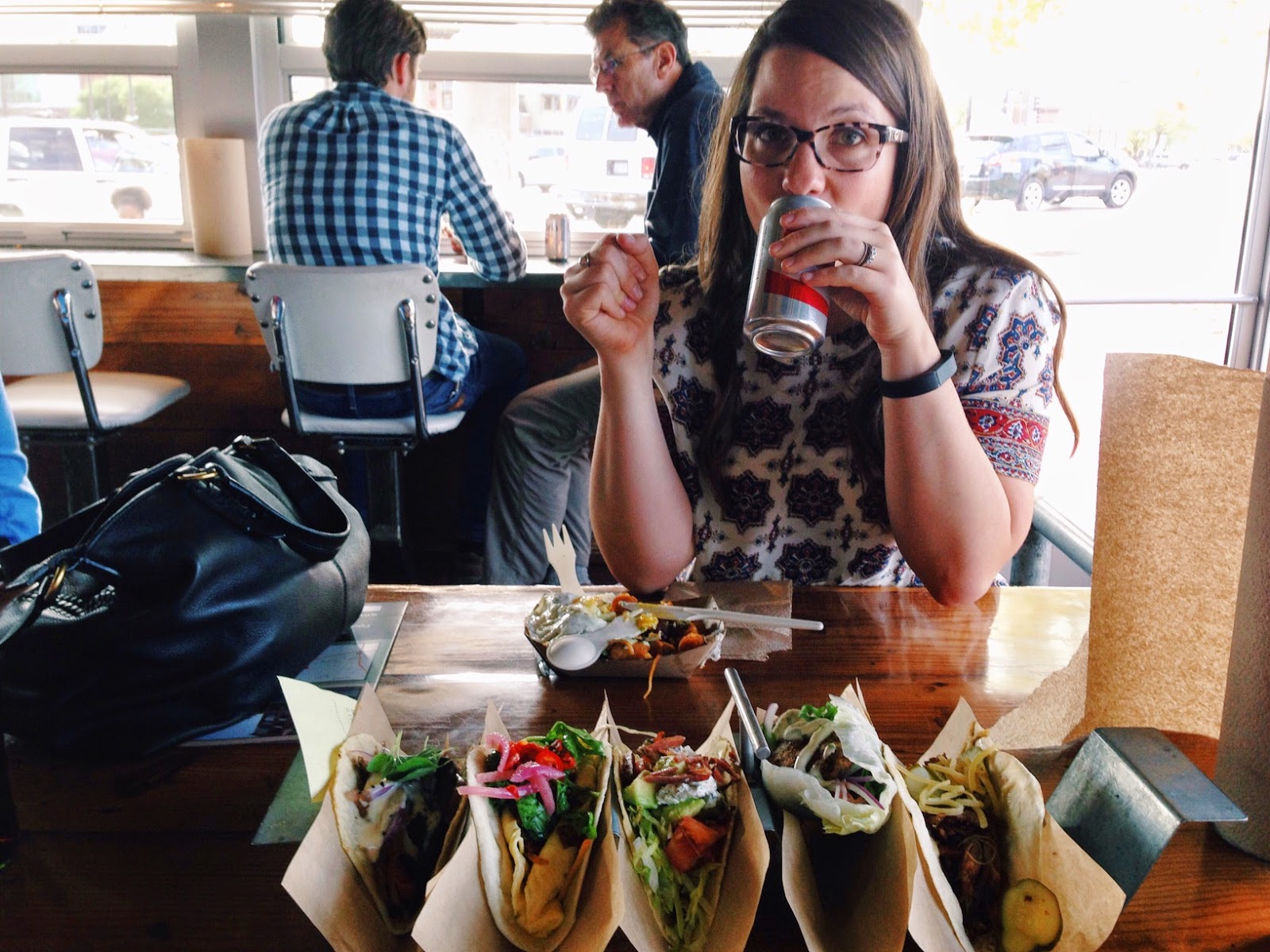 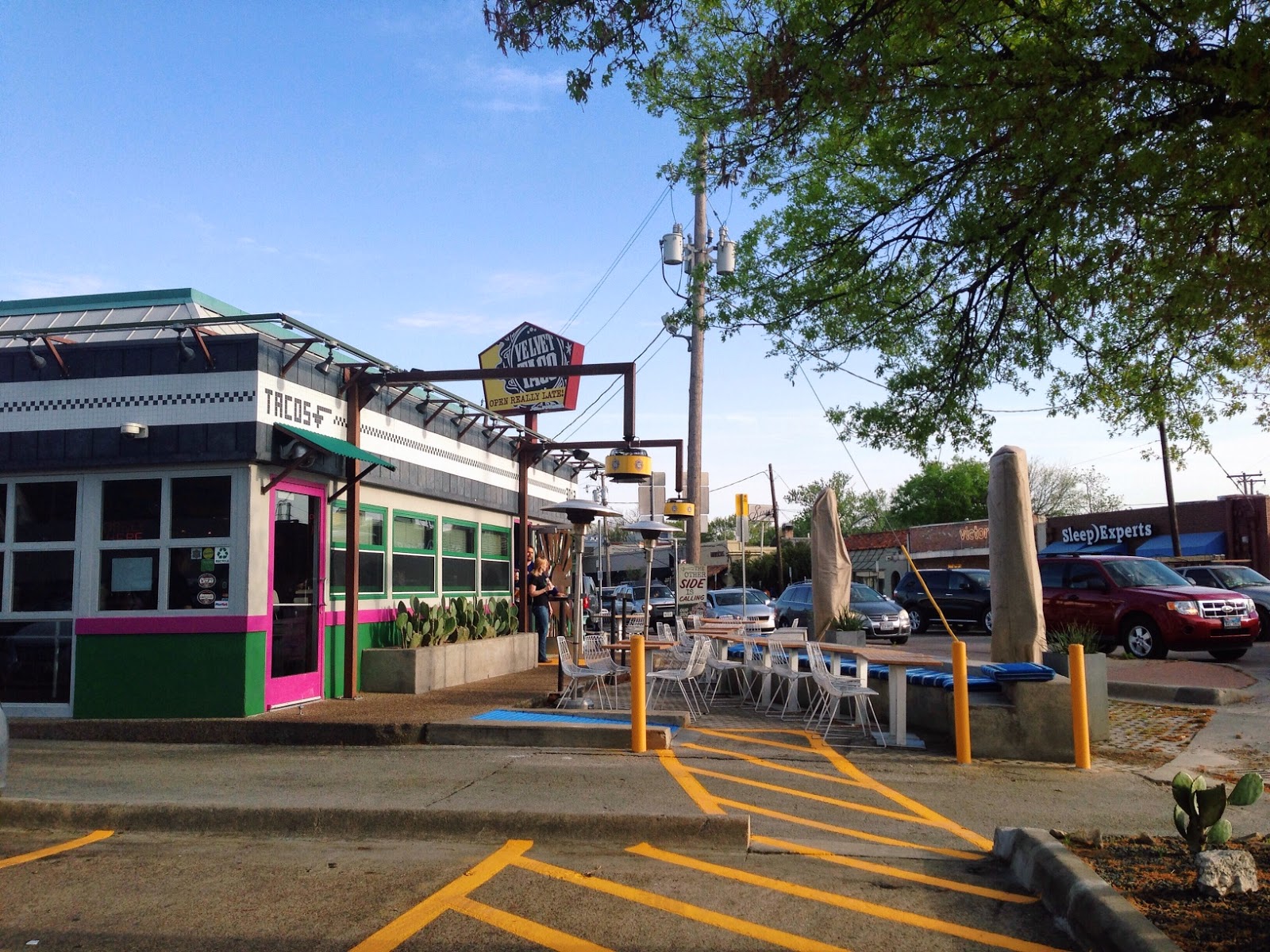 On Friday I had a super intense interview. 2.5 hours, six different interviewers, right in a row. Whew. So despite the fact that we had just budgeted for April and really don’t have any extra money to spend I was like, “Tacos?” My friend who lives in the Dallas area recommended this place and I have to say it was pretty  great. I mostly appreciated that parking was super easy. After moving from Chicago I am always surprised when parking is so easy. It feels like I am winning some sort of prize. And guess what? There is also one of these Velvet Tacos in actual Chicago. So maybe I could pretend I was just there?

Here’s the Sitch
Place: Velvet Taco
Order: 5 Tacos, an order of tots, and cokes. My favorite taco was the Cuban Pig, pulled pork, ham and bacon with cheese and pickles, but I think the tots were my favorite menu item.
Price: Around $4 a taco, total for 5 tacos and tots and drinks it was 32 bucks.
Atmosphere: The people were super nice. It is an order at the counter and they bring it to you type of situation. It wasn’t super crowded when we were there because we ate early around 5 so it was easy to find seating. Not sure what it would be like if it was super crowded. I liked it, but I don’t know if anything about the atmosphere was super stand out. But it was good.
With: Michael Man.
Rating: 3.5 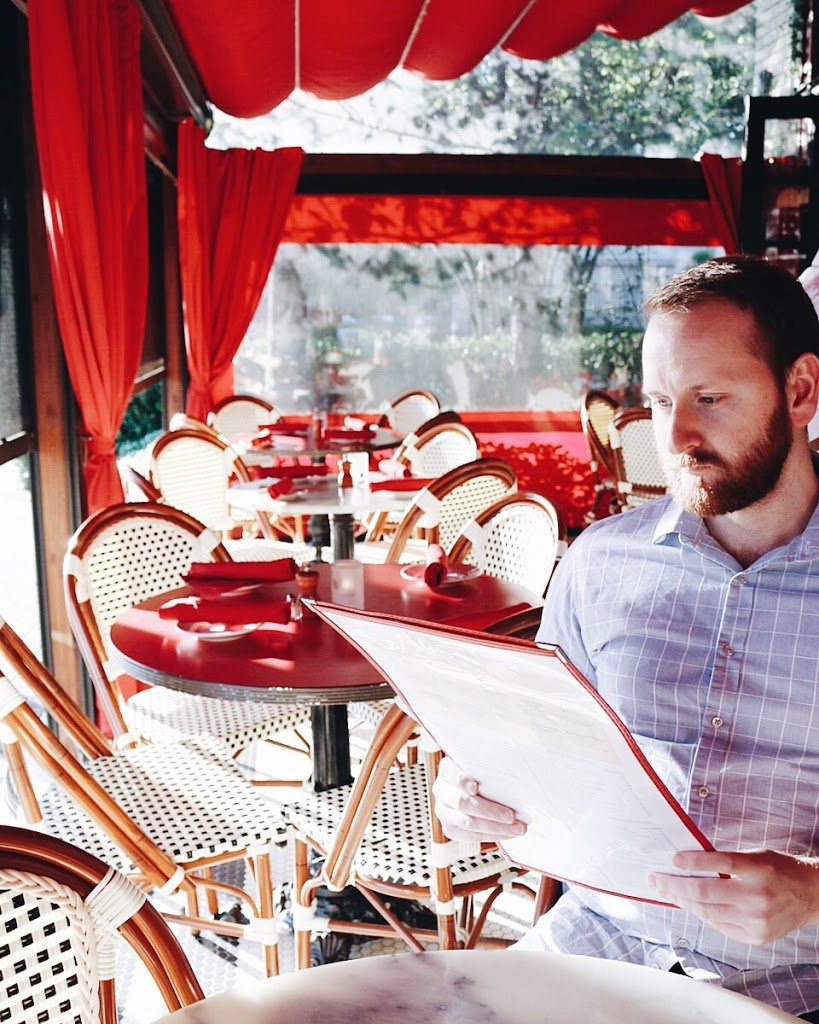 This place made me feel like I was in a French Cafe in Paris. We got to sit on the patio in the most glorious weather and just enjoy the evening. I also felt like they had a European attitude towards dining... so relaxed and fun! Would highly recommend this place....

Ah Texas! We live here and it is finally starting to feel like it. I have been in pretty heavy denial about Dallas possibly being a place we stay put for a while, but as far as I can tell, we aren't going anywhere.Last weekend we decided to go on an adventure to...

In Texas there is no such thing as a shortage of Mexican or Tex Mex food. It's everywhere, but that dosen't mean that it's all good. Of all the taco places this one has been my favorite so far. In my mind it beats Fuzzy's and Torchy's hands down.Here's the...

This place made me feel like I was in a French...

Ah Texas! We live here and it is finally...